The Best Antivirus Software of 2018

Every year, hardware and software technology becomes more advanced — a fact that applies to both the good and bad sides of tech.

From trojans and worms to conventional viruses, there are more computer security threats than ever in 2018. As such, it’s important to protect your computer, smartphone and other tech gear with reliable, comprehensive antivirus software.

Because let’s face it — while Windows Defender might be free of charge, it isn’t quite as effective as the industry leading options available today.

Luckily, antivirus software isn’t the major expense it used to be. Below, we’ve listed the five best antivirus software options for 2018 to help you make an informed, cost-effective buying decision that protects your data, both online and offline. 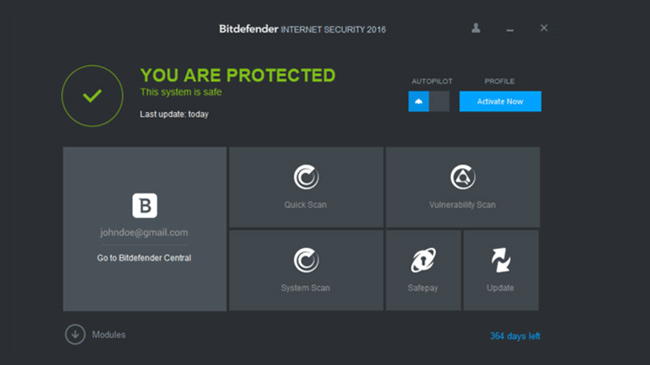 BitDefender Antivirus Plus 2018 is arguably the most accurate, reliable and comprehensive PC software tool on the market today. It’s also a relatively affordable option, priced at just $39.99 a year with coverage for one device.

The biggest strength of BitDefender is its antivirus engine. It’s highly accurate, allowing it to find and identify threats in a huge variety of forms. It’s also fast and efficient, meaning you’ll stay on top of threats as they appear without slow virus scans or other inconveniences.

On the whole, the only real weakness of BitDefender is its resource usage. This is a powerful but hungry application that will use quite a lot of your machine’s processing power, meaning it could result in some extra battery drain and fan usage if you’re working on a notebook.

Despite this, BitDefender Antivirus Plus 2018 is a great overall antivirus package. If you own more than one device, it’s worth spending slightly more for the Total Security 2018 upgrade, which offers support for up to five computers or Android smartphones and tablets. 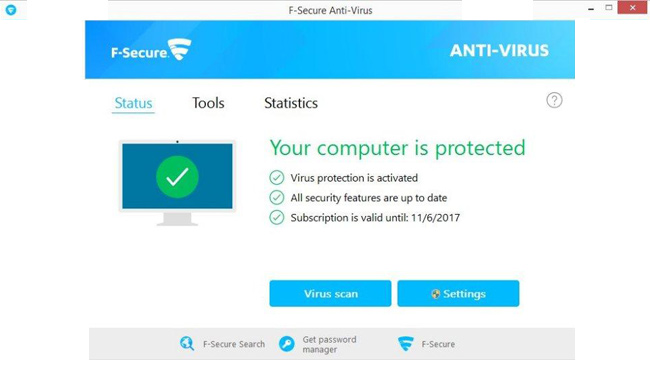 Designed with ease of use in mind, F-Secure Antivirus SAFE is one of the best antivirus tools on the market for non-techies.

F-Secure Antivirus SAFE is a suite of various security tools, ranging from an antivirus scanner to tools to protect your identity while shopping online, checking your account balance and a variety of other common tasks.

There’s even a smart device tracker that lets you stay on top of the exact location of your phone or tablet, complete with a remote locking feature in the event that your device is ever stolen. All in all, it’s tough to find a more comprehensive set of consumer-focused digital security tools.

F-Secure Antivirus SAFE is also highly user friendly. It’s simple, extremely easy to use and uses very few resources, making this a great option for lightweight notebooks and devices that don’t have a lot of memory or processing power.

The only real downside of F-Secure Antivirus SAFE is its false positives. Most comparisons of antivirus software show F-Secure as highlighting more false positives than its competitors — all in all, a minor annoyance considering its ease of use and lightweight design.

At $69.99 per year for up to three computers or mobile devices, F-Secure Antivirus SAFE offers good value for money. On the whole, an excellent option if you’re looking for antivirus software that’s designed with ease of use in mind. 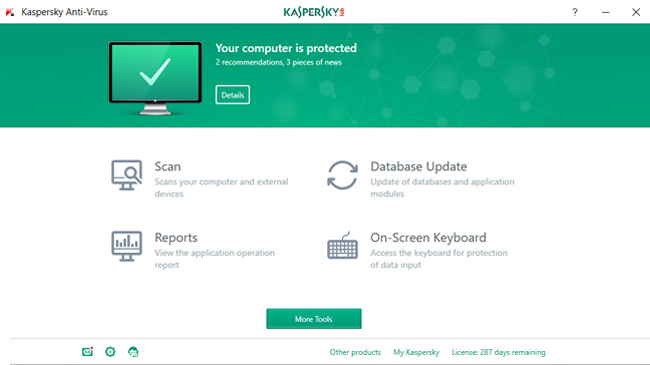 Kaspersky Anti-Virus 2018 is another great antivirus option that’s built with value, ease of use and comprehensiveness in mind.

Designed to provide core digital security at a reasonable price, Kaspersky Anti-Virus 2018 is a lightweight package that includes everything the average PC users will need, from a virus and malware blocker to smart monitoring to protect you from threats as you browse the internet.

From an ease of use perspective, Kaspersky Anti-Virus 2018 scores highly. Although it’s not as user friendly as F-Secure Antivirus SAFE, it has a relatively straightforward interface that most casual users will be able to find their way around without too much effort.

From an antivirus perspective, Kaspersky Anti-Virus 2018 is accurate and effective. Security threats are quickly identified and removed, while bad links are filtered out with ease. It’s also quite lightweight in terms of resource usage, making it a good option for lower spec devices.

Add a very affordable price into the equation (it’s only $29.99 per year for up to three devices) and Kaspersky Anti-Virus 2018 is a great value for money antivirus option for 2018. 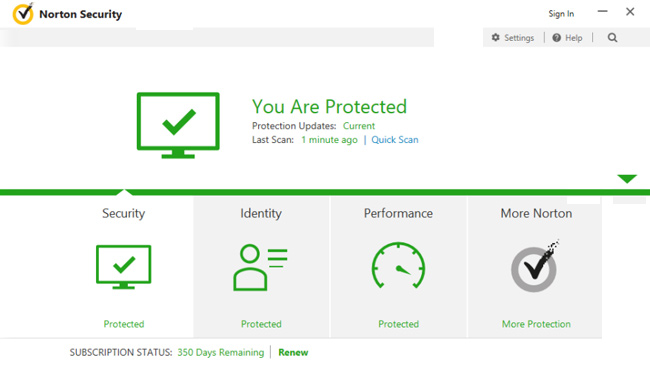 Another well-known name in virus protection, Norton AntiVirus Basic 2018 is a good package of antivirus and computer security tools that will keep you protected from viruses, trojans and other malware in 2018.

From an antivirus perspective, Norton scores well above average. The virus scanning tools are fast and capable, with a variety of custom scan options for advanced users. Resource usage is very low, making this a good choice for low spec computers and smartphones.

With this said, Norton AntiVirus Basic 2018 does have some weaknesses. The biggest of these is the built-in password manager, which has some stability issues with Google Chrome. Expect occasional crashes, although these are definitely a rare occurrence.

Priced at $29.99 per year for one device, Norton AntiVirus Basic 2018 is a good option if you’re searching for a lightweight, reliable antivirus tool that won’t tax your computer’s resources. 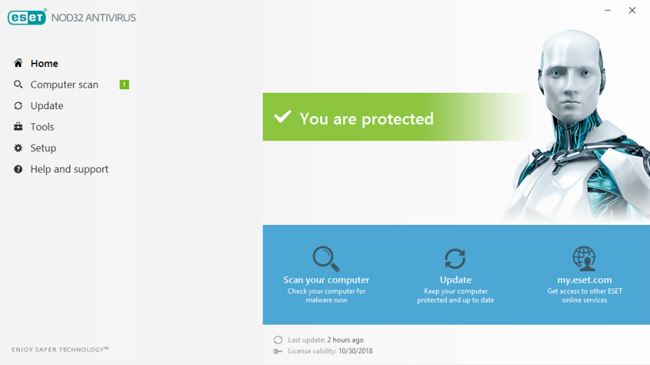 Designed specifically for power users, ESET NOD32 Antivirus 2018 Edition is one of the most advanced antivirus tools on the market. If you’re interested in high levels of configuration and don’t mind a somewhat intensive interface, this is the antivirus tool you’ve been looking for.

With this said, ESET NOD32 Antivirus 2018 Edition is focused rather than comprehensive, It has no password manager, vulnerability scanner or firewall. Instead, it’s designed purely with virus protection in mind, with a range of powerful tools for detecting and removing threats.

These include a Device Control module that prevents infection from bad USB sticks and other storage media, as well as other modules designed to prevent attacks from malware that makes its way onto your device.

One interesting aspect of the Device Control feature is that it even blocks threats from sources such as FireWire and Bluetooth.

From a power perspective, ESET NOD32 Antivirus 2018 Edition is tough to beat. However, its biggest weakness is its interface — with a massive range of customization options, this isn’t an antivirus that’s built with casual users in mind.

At $39.99 per year for one device and $59.99 for three devices, it’s also not cheap. However, if you’re a power user looking for a flexible, highly customizable security suite that offers optimal virus protection, ESET NOD32 Antivirus 2018 Edition is certainly worth considering.